Ahead of the Yulin Dog Meat Festival in China, dozens of dogs are safe now due to one rescue organization’s hard work — including the sweetest senior golden retriever.

Every June in China, thousands of innocent dogs are sent to slaughter because people consume dog meat to mark the summer solstice. Before they are killed for food, dogs are kept in tiny wire cages and transported without food or water for days. Sadly, some don’t even survive the trip to the festival.

Thanks to rescue group China Rescue Dogs, dozens of pooches destined for slaughter are now off to their new start in life. The group is dedicated to saving dogs from the meat trade as well as neglect cases in China. Due to the ongoing COVID-19 pandemic, their work has become more challenging — but that hasn’t stopped the group from rescuing these dogs from a tragic fate.

Currently, the transport and export of dogs from China to the United States is not permitted by customs authorities in China, but despite this obstacle, the rescue group has set up shop in Vancouver, Canada in order to bring these dogs to safety. They are currently transporting dogs through Canada into the United States, and so far, have rescued 181 dogs through their office in Canada.

“We flew the dogs into Vancouver first where they cleared Canadian Customs,” said Jill Stewart, president and founder of China Rescue Dogs. “We then loaded the dogs up into cargo vans, crossed the border at Blaine, Washington where they then cleared U.S. Customs. We then drove the rescues to Seattle where they spent the night at a pet spa before flying out on Alaskan Air the next day to their forever families across the United States.”

From there, the dogs receive medical care and are put up for adoption. One of the lucky dogs saved by the rescue is Golden, an 8-year-old golden retriever who was destined for slaughter in China. He was very sick when rescuers found him, and half of his right ear had been cut off already in order to make dog ear soup.

What Golden had gone through is unimaginable — but over the Memorial Day Weekend, he was finally able to meet his forever family. Though he is still battling some health issues, Golden is so happy to finally know love.

“He is over the moon, happy, and loving all the love he is getting,” the rescue said in a press release. “These past few weeks have been the happiest of his entire life.”

Golden is now safe and sound with his new family in Ohio, and they couldn’t be happier to have him. While the work to save these dogs is heartwrenching, Stewart and her team say it’s all worth it once they see those tails wag for the first time after all they’ve been through.

“The sleepless nights, and the days and weeks of paperwork, are worth it once you see their happy faces and wagging tails,” Stewart said. “We made a commitment and a promise to save these dogs from going to Yulin, and we are doing everything we can to make sure they can live the rest of their days with love and without fear.”

To help China Rescue Dogs save more pups from the Yulin Festival, you can make a donation on their website. 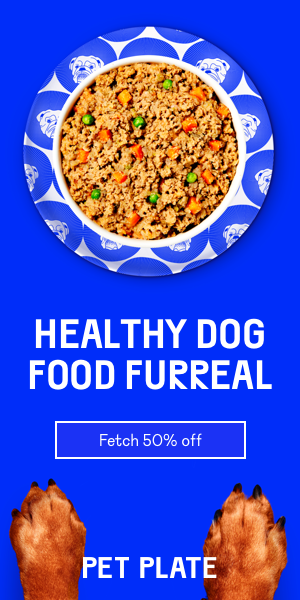